Beware Of These Scams!

There are websites that claim to give you free Bitcoins and then don't do it. That's pretty bad; they should stop being online until they work correctly or be forever removed from the Internet. But there's something far worse, and those are the sites that don't only scam you, but actively try to steal your Bitcoins from you. During the past days I've found three examples. Ignore them if you ever stumble upon them! 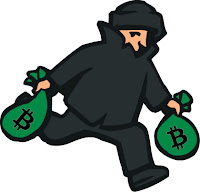 All your Bitcoins are belong to me!


Since all the following websites seem to have been made by the same person (pictured above), let's give him a name... For example, "Mr. Thief". Before we explore them, let me take my hat... 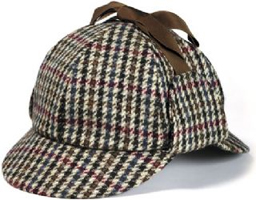 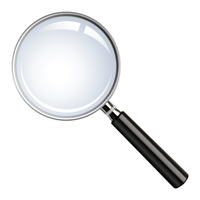 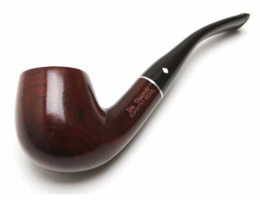 Now we are ready to investigate these scams! 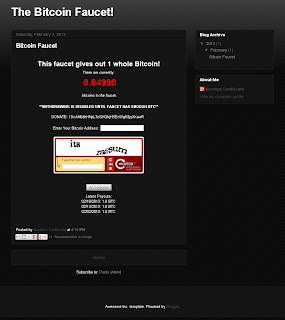 
This site tries to pass as one more bitcoin faucet. The first time you see it you'll realize something that will make you raise your eyebrows at once: it gives out one whole bitcoin. A hundred million satoshis! Not even the original bitcoin faucet gave such a huge amount.


And also, the name of the blog creator doesn't inspire too much trust: Scrotum Confiscate. Yup. At least he is honest with his surname: he will try to confiscate your bitcoins.


The site has been redesigned several times during the last two weeks. At the moment I'm writing this it states there's 0.64990 bitcoins in the faucet, but it's had other amounts, like 0.7XXXX if I remember correctly.


It didn't have the captcha at the beginning. I guess Mr. Thief added it to increase the credibility of his scam. If you input your bitcoin address, solve the captcha and click on "WITHDRAW" nothing happens. It doesn't even reload the page. The button is purely an aesthetic element... 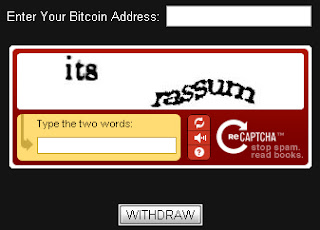 Ooooh, how professional it looks!... But it doesn't work


Let's analyze the bitcoin address it provides us to donate and fill the faucet. If you check out its transaction record you'll see it wasn't very successful during the first days it was created, but during the last week it received several incoming transactions of around 0.27 bitcoins, which Mr. Thief usually gambles away on the SatoshiDice game: 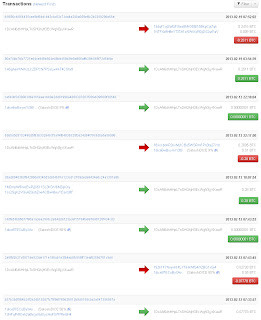 Mr. Thief likes gambling. And he is a loser. Literally. He gambles all he has until he loses everything


It's never received enough to make one whole bitcoin, so it's a lie that it has made three payouts, as it tries to make us believe.

It's especially funny the one made the second of February; the address didn't exist yet at that time!


It's pretty bad that several people fell for this. Hopefully nobody else does. Mr. Thief advertises this site on CoinVisitor, Earn Free Bitcoins and the comment boxes of CoinTube, so beware (I've warned the first two of this scam and they will remove this site from their list). 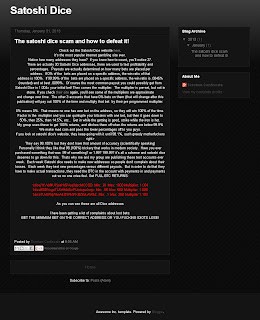 
This is another blog made by the same person (Scrotum Confiscate). He goes on a rant about how greedy the SatoshiDice game is, how bad their creators are and how it works. According to him, there are some SatoshiDice addresses that give over 100% of your bet with a 100% chance... I don't even know where I should begin with this one... What the hell is he talking about? How does he know? Why does he share it instead of keeping the secret? This is so ridiculous...

These are the magical addresses


To the Bitcoin newbie, more than the explanation he tries to articulate, what might make them think this is legit is that the three addresses have the characteristic beginning "1dice..." found on all SatoshiDice addresses. They don't know you can make addresses like that with this tool. Let's see how many people fell for this scam:


If you check out the link above you'll count around 12 people who sent amounts of 0.01 bitcoins or more to the first address. Twelve bitcoin users scammed. And Mr. Thief also gambles away his bounty at SatoshiDice, as always. Let's move on to the next address:


If you count this time you'll see over 20 people scammed. The greater the reward, the greater the chance to fall on the trap, or so it seems. Let's see the last fake SatoshiDice address:


I count 14 people scammed. No wonder he went as far as to advertise his scams on several websites with all the bitcoins he must have stolen this way...

To finish off the only post Mr. Thief made on this blog, he sends all the prospective or already scammed people a sweet message: 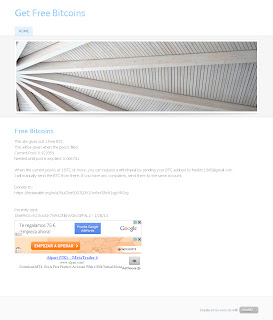 
Let's analyze the bitcoin address he supplies to send donations. It has been generated with Instawallet, which is ridiculous by itself, since anybody could have access to it and operate with it if he puts the URL right there. You can see it here: 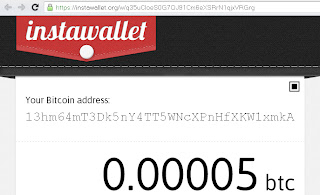 We have the Bitcoin address behind the Instawallet link!


It seems somebody donated 50µ฿. At least. That's just its current balance. Let's use Block Explorer and see its transaction record:

It was used only twice


It received bitcoins once and it sent bitcoins once. It seems at most one person fell into this scam (although the 50µ฿ could also be from some free bitcoins website). Scam unsuccessful. But let's blockexplore the other address Mr. Thief gives us, which according to him received 1฿ on the 28th of January of this year:

The address has never been used!


It's never been used so it could never have received 1฿. This scam is so badly set up that it makes you cry... At least nobody seems to have fallen for it in this case. And that's a good thing.

Did you enjoy today's article on Bitcoin scam sites? I sure did! And remember kids, don't scam. Not only because it makes those who are tricked by your words feel bad, but because it could give reasons to new Bitcoin users to not trust our favourite cryptocurrency. And less users means less Bitcoin adoption rate and less Bitcoin value. So don't do it! If you need Bitcoins fast, check out the websites below or think about a good idea that will let you earn them honestly!

Do you know of any other website that gives bitcoins for free? Tell us on the comments!
Publicado por The Bitcoin Master en 4:23 PM