When I entered the world of cryptocurrencies it was really difficult for me to find information about all the existing cryptocoins. All the data I found was incomplete or very disseminated around the Internet. I wish some place existed where I could clearly see all I needed to know about each new coin I found.

Today you can find some lists with some random information about some random number of cryptocoins, but it's still impossible to find a comprehensive list of the features of every cryptocurrency released.

At the beginning, it was also a headache to set up your computer for mining these coins. Not even the few tutorials you could find helped that much, since they became obsolete pretty fast: mining programs changed, mining difficulty changed, ASICs and other mining hardware appeared, new algorithms were created...

Today, it's easier than before, but still not trivial for somebody who doesn't know anything about cryptocurrencies to mine coins with their computer.

That's why a few days ago I decided to create that sort of place where all you need to know about each cryptocoin is included on a report, as well as a simple method to begin mining each coin as fast as possible. That place is:

I hope those of you who are new to this world find useful this new blog I've created. Bookmark it for future reference!

I bought one mcxFEE from the exchange mcxNOW! I had never invested in anything before! I'm quite excited and I'm learning a lot about how markets function. 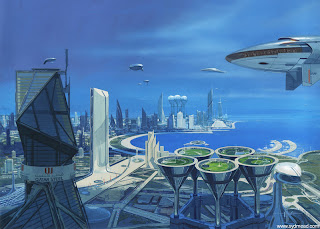 Just a quick note: I might not write much during the next days (maybe even not the "Bitcoin News Of The Day"!). My goal was to write something about Bitcoin every day for as long as possible, but my life circumstances right now don't allow me to do so.

It is said most blogs die within a couple of months after creation, but this is not the case, OK!? I'll be back as soon as possible!